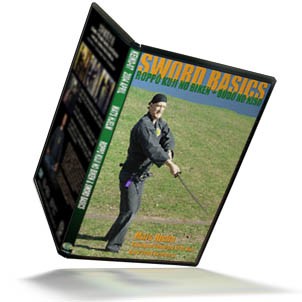 This was a seminar after a three week training trip to Japan (March-April 2004).

Mats taught Roppō Kuji no Biken (advanced sword techniques), mainly techniques and feelings from what Hatsumi Sensei had been teaching during his recent Japan trip.

He also taught sword basics, how to hold the sword properly. And techniques on how to learn the basic cutting. How to handle the sword correctly and much more.

Note: The instructions was in Swedish, but the video have English subtitles.

In a Friday night class at Hombu, Soke said that roppo was a way of evading and taking space. He said it was six ways of backing up. He said it was like roppo training in Kabuki theater.