KNIFE & PISTOL – FIGHTING & TACTICS with DEAN ROSTOHAR (Shinken Kata #09). The seminar was organised in Stockholm, Sweden on 29th and 30th of October 2011 by Kaigozan Dojo. 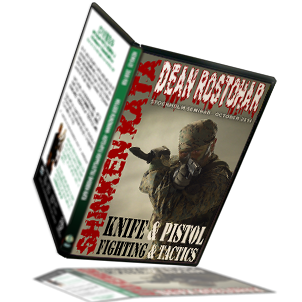 By learning how to use a knife and a pistol. You also get to know how they can be used against you.

Then you get a much better understanding how to defend yourself against the knife, pistol and other similar weapons.

He also taught how to defend against the same kind of attacks. These techniques is done with the knowledge and principles of what we learn in Bujinkan Budo-taijutsu from grandmaster Masaaki Hatsumi Soke.

This seminar was organised in Stockholm, Sweden on 29th and 30th of October 2011.

Dean Shihan has a lot of experience from real fighting in the independence war of Croatia. Also from his time in the police force. He was born 1965 and started training Martial Arts at the age of 10. He have experience from many martial arts styles but he was not completely satisfied with any of them until he found the warrior art; Bujinkan Ninjutsu/Ninpo Taijutsu. For his full resume, check out his websites. http://www.bujinkan.hr http://www.specwog.bujinkan.hr. If you want to sponsor a seminar or course, please don’t hesitate to contact him.